Special thanks for all patrons~! ^^

“I’ve already received the report from Alan and Cain that the soul of a magician that’s your master resides inside that clay figurine, but… It’s a pleasure to meet you, I hear that you’re Horace-dono.”

“That’s right. I’m Horace. A wandering magician… Well, I’m indeed a magician, but I can either be a wandering one or even a shut-in.”

As expected from Master who’ve accumulated lots of life experiences. Even if he was suddenly thrown into the centre of the conversation, he could confidently face it and give out some answers.

“Moreover, I no longer have a physical body. I’m only a transient existence who can move by receiving the power of my disciple, Kiara, ihihihi.”

As his usual laugh leaked, his clay figurine brought even more eeriness.

The cavalry captain, defense captain, and Madam Beatrice showed a somewhat anxious expression after hearing the same explanation from the margrave.

But I would be happy if they could get used to the kind of person Master is. The eeriness of his outward appearance was kind of my fault…

“Now then, the war council should start, right? I will also remain here and listen to it as an aid for this disciple. Ihihi.”

Master urged that the proceedings should move forward as he let out his weird laugh. Margrave Vayne nodded at his urging.

“Let’s check the sequence of events.”

Margrave Vayne explained the details of the circumstances from his side first.

Thanks for reading at convallariaslibrary❁ᑕ♡m

This translation belongs to Convallaria’s Library. If you’re reading from another site, it’s most likely a novel aggregator site that simply stole the translation. Please support the translator just by reading this at the translator’s original site! Drop some comments and interact with the other readers there as well!

After we departed, Margrave Vayne also departed for the castle.

The plan was for the soldiers from the branch families and the national border defense to join them as they advanced.

Afterwards, still without any report from the scout, the reinforcement from the nearby branch families and volunteer soldiers from the nearby towns and villages joined, making a battle formation of around 2000 people.

According to the scout who finally managed to return at this time, the number of the enemies was around 10,000.

Margrave Vayne also quickly changed their guidelines for action based on the number of the Ruain army and the military force in his hand.

Fixing their battle formation before the castle, they managed to keep the Ruain army at a distance.

However, after the surprise attack from their failed magicians, they weren’t able to restore their battle formation near the castle.

As a result, the enemy managed to approach the castle to some extent and the margrave lost around three quarters of his soldiers.

They couldn’t carelessly approach their enemies—humans who could singlehandedly fire something like myriads of fireballs. During the time they were delayed by the failed magicians, they ended up being surrounded by enemies four times more than their own number.

…It was truly a miracle for the margrave to stay safe until we came to rescue him.

I felt really thankful that I managed to rescue them inside my heart. Along with that feeling, I recalled the figure of people getting trampled by the golem so we could do the rescue.

Master also said, “Don’t you wish for your friends to stay alive?”

I would be mistaking the cause for the end if I were to miss hearing something important now and have the people—who protect me and whom I get along with—die in the battle.

Next, the defense captain began conveying his report regarding the castle.

I listened to his explanation carefully while pinching the back of my own hand in order to keep my head clear.

Moving on to the movements from the side of the castle.

Since they were preparing to hold the castle during a siege from the night before, they managed to house the people living in the castle town before the Ruain army arrived, and they were just in time for protecting the castle.

However, the number of the enemies were more than expected, so they couldn’t go to rescue the margrave. After all, the enemies would rush into the castle if they were to open the castle gate.

Also, it seemed that the castle was also attacked by the failed magicians. However, Reggie proposed a tremendously merciless attack first, so they managed to defeat them at the very beginning.

Since it seemed like the castle gate was about to be destroyed, this kind of response wasn’t wrong at all.

However, because it was a method I only wanted to listen and forget as soon as possible, I realized Reggie’s merciless side with regards to the war when I heard that.

Still feeling anxious, I looked at the figure of that person who was listening carefully and calmly to the report even now. And I still couldn’t think that he was a person capable of doing that.

As expected, there was no way he could feel nothing about that, but… just as he said, I wonder if he was really used to such kind of things?

At any rate, my, Alan, and the others’ movements managed to settle the margrave’s rescue. Then, they were taking turns to stay on guard for the enemy’s attack.

As the enemy’s movements stopped, it seemed that the only necessary thing tonight was just to monitor the circumstances.

The absence of the Ruain army’s movements was caused by Reggie’s strategy of raising the smoke during daytime and the presence of a magician—in other words, me. Furthermore, I crushed the stronghold of the enemy army… with the generals killed, the enemy was unable to determine their guidelines for the next action. Margrave Vayne narrated such kind of conjecture.

I was glad I attacked the enemy’s stronghold despite it being a little rash. Above all, thanks to Cain-san who ascertained it in exchange for me who was too timid to do that, we managed to have a grasp for the enemy generals’ circumstances.

As I turned around to take a glimpse at Cain-san who was behind Alan, he closed his eyes partly as the corner of his mouth was slightly curved up.

After this, I ought to thank him and apologize. This time, I truly couldn’t do anything without Cain-san. Furthermore, he was forced to do something as unreasonable as having to fight while carrying me who had lost my consciousness in the end.

“Now then, moving on to the problems.”

“It would be good if the enemy would withdraw after we defeated their generals. However, a few hours have passed now and such kind of thing hasn’t happened. If the enemy doesn’t go away, we can’t call for new militia. Without military force, we can’t expel the enemy out of the territory.”

At that time, Reggie finally opened his mouth for the first time.

“It’s most likely that the Ruain army can’t decide the next commanders. I think that they aren’t left with even the people who should be the generals’ substitutes due to Kiara-dono’s attack. Don’t you think it’s very probable that they will settle that matter by tomorrow, come up with a new chain of command, and attack us again?”

I felt like my stomach tightened when the name [Kiara-dono] was called by Reggie’s calm voice. Now is not the time to be treating each other as a close friend. That’s why he addressed me like that, I think. Even so, I feel the distance between me and Reggie even more at this time.

What about you? Share your thoughts via comments below ^^

If you want to support this series even further, help increasing the release rate, and gain access to advanced chapters, check out the details in my Patreon page. Or you might want to check my other projects in case you’re interested?

If you would like to support us, you can disable Adblocks, and if you’d like to gain advanced chapter access, you can become a patron, send some ko-fi, or go to Paypal! ᶘ ᵒᴥᵒᶅ 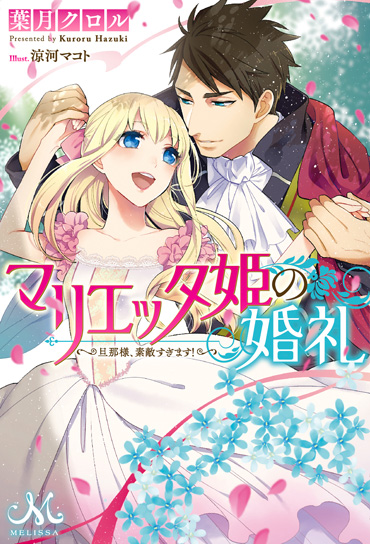