The Wolf Prince and the Ice Princess 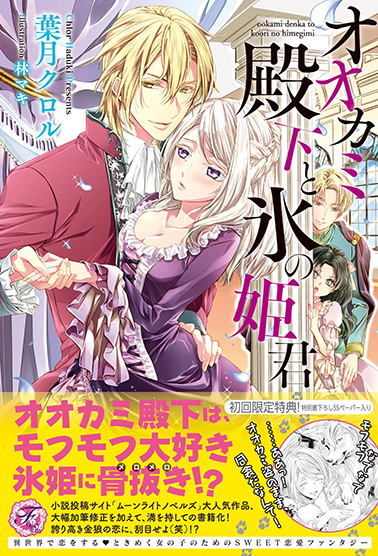 WARNING: This series is a smut series, marked with R-18 so proceed with caution.

Prince Reidrick was similar to the legendary Golden Wolf Emperor; a man who could completely change into a wolf. Sara Grisosta is a daughter of an Earl living at the borders. Because she does not show any smiles to men, she was called as the Ice princess, and was the first prince Shuudel’s bride candidate.

In the courtyard of the royal palace, Sara meets Reidrick who turned into a golden wolf and his human self, believing that the former to be a royal breed of dog.

Sara’s heart was captured by the Golden Doggy-chan; Reidrick is unable to tell her the truth that he’s actually a human who could turn into a wolf.