Special thanks for every patron: Ayesha, Patrick F, Salamon A, Jason S, lalla z, Jason D, and NorAsma Hime; and to Joshua N & Michael for your sponsor that all 4 parts are going to be released by this month! ^^

Alert: Prepare someone or a pillow or anything you can hug comfortably!

Feeling that Bertia’s face stiffened even further from tension, I once again turned my gaze towards the whole venue.

“There is another declaration that I want to tell everyone here.”

I put more power in my diaphragm so that my voice would resound throughout the whole venue.

Going along with the flow of the graduation party, the students and the guardians who weren’t aware of the circumstances all tilted their heads while wondering what was going to happen.

Baroness Heronia’s figure was reflected from the corner of my eyes, and I completely ignored her sparkling eyes and broad smile.

“Lady Bertia Ibil Noches, will you please come to the front?”

When I turned my gaze to Bertia again, she gulped her saliva down.

The other students who followed my line of sight made way for Bertia.

Bertia put her hand on her bosom and after taking a deep breath once, she straightened her posture and showed a resolute expression, walking straight to where I was.

…It was really Bertia-like to be able to be befuddled at this timing with how [It seems like she’s about to fall from stepping on the hem of her dress].

I covered my mouth with one of my hands to prevent myself from laughing, and I put on a serious face.

Even if you tried to put on perfect lady-like manners to behave like a first-class villainess, it would be meaningless if you stuttered and faltered with your words like that.

The atmosphere, which had tensed up from my unforeseen actions, loosened all at once.

Properly speaking, I should be furrowing my brows, but when one looked at Bertia whose face turned red with her teary eyes despite frantically trying so hard to behave herself resolutely, everyone would surely feel like wanting to watch over her with warm eyes, right?

There seemed to be some people who didn’t think so, but the great majority of people in this assembly hall were turning their favorable looks towards her.

Because I was too focused on observing Bertia’s condition and the hall’s status, Bertia lightly called out to me as I hadn’t spoken.

Bertia was looking at me with her upturned eyes and docile expression that revealed her feelings such as, “Still not yet? Still not yet?! If you’re going to do it, then do it without dragging on!” or “Now, come at me with a bang!”

She was extremely adorable with how she shivered just like some small animal.

Even though I don’t have a preference of getting delighted for scaring others, I feel like a new inclination is going to awaken unintentionally.

…Zeno, I know that you’re watching me with cold eyes while leaning against the wall, okay?

It’s okay. Nothing like that will happen… eh? “Have you finally noticed your inclination1, Master?” you said?

…You seem like you don’t understand your master that well yet.

It can’t be helped, I will make some time to have a [conversation] with you later on, slowly. I hope you will prepare yourself… I’ll be looking forward to it.

After speaking with Zeno with our gazes, Bertia called out to me once again with her small voice that sounded like she was about to cry.

Sorry, sorry. It’s not like I’m particularly ignoring you, okay?

I’ll apologize, so can you not make that kind of expression that seems like you’re about to cry?

Well then, let’s keep the jest to this amount. It’s about time I earnestly face you, who is so fired up.

This is one of the critical moments of my life that can counted on just the fingers of two hands.

For some reason, I feel strangely nervous.

“Lady Bertia Ibil Noches. You have committed a great crime.”

“W-what are you talking about? I haven’t committed even a single crime!!”

Bertia, I’m begging you, can you stop jumping the gun and cutting in before I’ve finished speaking?

Moreover, I wonder if it’s because she’s flustered, but her line was so awfully monotone.

Since Bertia’s reaction is interesting, I instinctively wanted to continue observing her reaction as it was, but in that case, this conversation wouldn’t advance.

Besides, this is also a critical moment for me, so I want to properly settle it.

While regretting it a bit, I touched her adorably chirping lips with my fingertips and urged her to keep silent for a short while.

She blinked several times with her blank expression, but she closed her mouth as soon as she guessed my intention.

“No. You have committed such a great crime. …It’s the crime of being born two years behind me.”

The vibration under my fingers told me that Bertia reflexively muttered, “Eh?!” as a response.

As if not understanding the meaning of it, she tilted her head with a confused expression as I smiled profoundly at her.

The slight bewilderment also spread among the students in the assembly hall.

Even if I don’t feel like seeing it, but surely Baroness Heronia was making the same expression as her reaction, right?

Since the situation didn’t turn out like she’d guessed before.

Feeling satisfied with the situation, I retrieved a small, rectangular, velvet box from my breast pocket.

With just that, a high-pitched cheer arose even though there were only a few female students with good intuition.

However, it seemed like the main character, Bertia, couldn’t comprehend what was going on, as she lowered her brows and gave a bewildered expression.

I knelt down on one knee and opened the box in front of her.

“Because you were born two years late, I have to wait two more years for your graduation, and also be separated from and can’t live with you in this time. This is a very grave crime. That’s why, to make up for it, two years later, right after your graduation, I will have to cancel our current engagement and have you become my wife, okay? …This is the proof of that promise.”

I grabbed Bertia’s left hand as she was looking around at her surroundings, all flustered without any comprehension of the meaning behind my words. While she was still unable to grasp the unexpected flow of events, and I put the ring on her ring finger quickly.

She seemed to be so confused that she didn’t even notice that the ring was already on her finger, let alone the meaning behind the ring, but I deliberately didn’t mind it.

From the very beginning, I’d planned to take advantage of the confusion and push my way through.

If I could make it with this, then that’d be great. If it didn’t work… or if a hindrance appears, then I’d have to take measures against that next.

“The d-downfall is… I have to receive the downfall… Downfall…”

I tightly grasped her left hand as she continued to mutter meaninglessly about, [the downfall, the downfall] with her teary eyes, and the two of us faced forward.

…I’ve told her that I would bring about her [downfall] at the very end, and I’ve said it more than enough times already, but is carrying it out like this not good enough?

For one, since she wished for a downfall at this graduation party, I had things prepared in advance so I could deliver the downfall, but… leaving aside the place, had Baroness Heronia behaved herself, I’d planned to inconspicuously deal with her later on instead of deliberately aggravating this celebratory situation.

“We’ve passed our precious school days together, and I declare to all of you, who have come to watch over us here: Two years later, after waiting for her graduation, we will become a married couple, and we will show you that we can build a better country than it currently is, as the crown prince and the crown princess!!”

I declared with an imposing tone that resounded throughout the whole venue, as if I was making my dignity as royalty apparent.

The surroundings fell silent for an instant, as if they were lost in my voice that resounded through the whole venue.

And then, the next moment, all of the students in the assembly hall broke into smiles. There was the sound of everyone taking a breath, and soon they brought their hands together in applause, and at the moment when the atmosphere turned to the one of a [Come and clap your hands]… 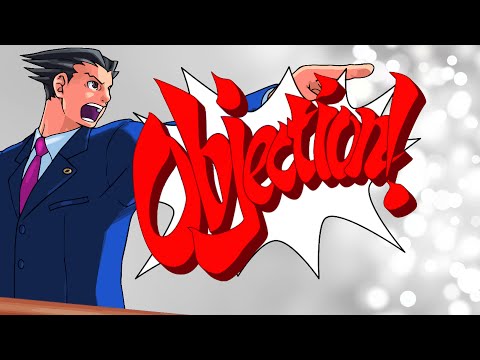 At last, Baroness Heronia finally made her move.

Leaving her male student followers behind at her spot, she raised her hand and walked forward.

…Ah, just now, did she take a glance behind her? From the looks of her dissatisfied expression, it wasn’t that she intentionally left her male followers behind, but that she thought they’d follow behind her? Instead,she was left alone after the male students got cold feet and remained on the spot?

“…What do you mean by your objection?”

I tilted my head and smiled at Baroness Heronia who was standing right in front of us as she scowled at Bertia who was trembling next to me with an uneasy expression.

In a sense, I feel like I’m going to receive the most upfront answer in the past 6 years from her.

Naturally, there would be no favorable sentiment at all, as I faced her with the feeling of, “Finally, you came. Then, I will confront you.”

When Baroness Heronia pointed out her index finger at her, Bertia’s shoulders jumped greatly in her surprise as a response.

I reflexively wrinkled my eyebrows at that scene.

Truly, Baroness Heronia really has no manners at all.

Even if she tried to correct herself, it was very problematic how she, as a mere baroness, dared to address a marquess whose social status was higher than herself as [that woman].

Moreover, she also pointed at Bertia resolutely and put on an expression as if to say that she was satisfied, which was totally absurd for a noble lady to do.

Not to mention Marquis Noches and my father, even the students and the parents of the graduates present were all frowning in displeasure.

Among them, there were some women who hid their faces with folding fans while knitting their brows and bluntly displayed their contempt.

“Your Highness, Bertia-sama isn’t worthy of becoming Your Highness’ wife, much less to be the future queen . That person2 has been cruelly tormenting many other people including me up until now. Discriminating others based on their social status, abusing me in front of great number of students. Yesterday, she pushed me off the stairs.”

I crossed my arms in front of my chest and reflexively sighed at Baroness Heronia who looked up at me as if she was appealing to me.