Currently, I like this anime! …As if it wasn’t that obvious, huh? Well, since the current icon of my wordpress site and the pinned post in the homepage all show the main female protagonist of this show, Tushan Susu, I guess it’s already that obvious.

And after looking at how underrated this anime is outside of China (I think), and others’ reviews of the first episode and how they dropped this series thinking from the opening and episode 1 that this anime is weird or crappy… I would like to cover the series in a review! I came across this anime on a whim, and being a person with broad taste and positive mind to stories, I decided to continue watching and then here I am, hooked to this series.

This review will have the comparison between its original Chinese version and the Japanese dubbing version.

The early section of this review will consist of general information and non-spoiler review. The latter section will be the spoilery review, and I will be marking the start of it, so if you don’t want spoiler, please close your eyes and scroll down after the warning if you want to go to the comment section. Also, should you want to catch a glimpse of a little bit of spoiler, go ahead and read the spoiler section. I will be covering the spoilery review in order, so if for example at some early point of spoiler, you think it’s enough, feel free to avoid the further spoiler. 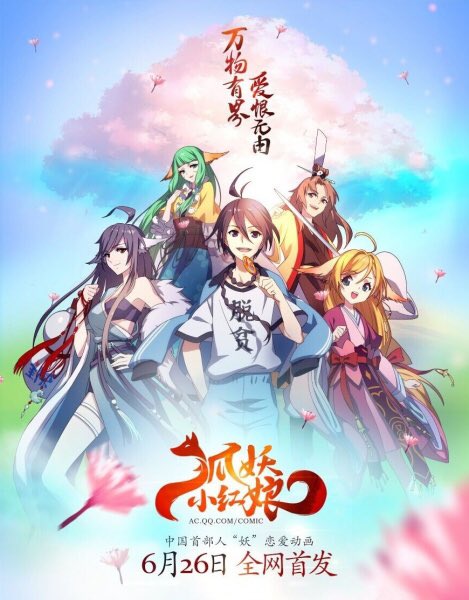 What is it about?

In a world where both humans and demons co-exist, humans can fall in love with demons, and demons can fall in love with humans. However, humans have very short lives whereas demons can live for thousands of years, and so demons were often left with seemingly endless years of loneliness, never to be reuinted with their loved ones. However, the fox spirits discovered a solution.

In order to allow the love between a human and a demon to continue even after the death of a human, both parties must make a Pledge of Love and have a memento that they can use as their Magical Vessel. The only problem is that when a human is reincarnated, they will not be able to recall their past life.

A fox spirit matchmaker’s job is to attempt to revive the memories of a reincarnated human, and help them to remember their past life so that they can be reunited with the demon whom they had made the Pledge of Love with.

(taken from the Wikia page)

Relationship between yokai / yaoguai and humans.

How many episodes are there?

Here is a breakdown of each season :

*each season focuses on different couple. 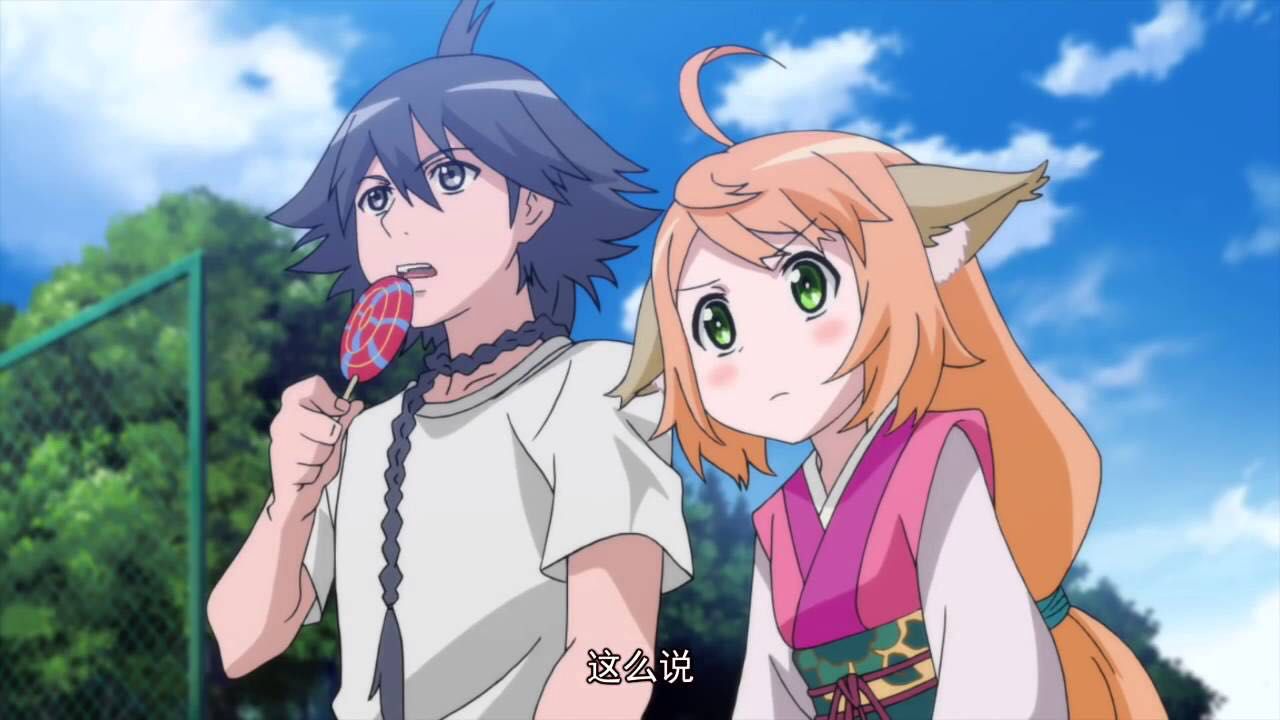 I am not going to write more general information such as the other characters’ information, the producing studios, date of release, etc as those kind of information can easily be found elsewhere.

I don’t actually mind the quality of the first few episodes. Indeed, the show might start out quite crappy and no sufficient explanation on the characters or world setting in the first episode, but that’s what makes me curious, though. At the first episode, many characters are introduced at once and perhaps we are wondering what’s going on here? Fast forward to the next episode, we will get briefed of the reincarnation matchmaking process and it marks the real start of the story. Many believe that we shouldn’t go through the crappy introduction, but I say, give it a chance. The story only gets better from there. Note that this is an anime originating from China, they don’t make as many anime as Japan.

I believe that there is no harem here (from the episodes I have seen so far), and that this emphasizes on true love. Also, there will be lots of comedic element tossed here and there. Even I wish that they don’t toss a certain comedic element at some certain scenes, but well, it’s tolerable. When the story advances to talk about serious matters, it will get really serious. The ones I’ve been looking forward so far are for the couples’ backstories and how they are going to rekindle their relationship now, given that there is a misunderstanding going around. Almost all of the backstories are great in my opinion, and they might move your heart, especially when they give a suitable insert song during the scene.

Perhaps if you read this and then moving on to try the first few episodes and are not so convinced, try to read further ahead for spoilers? Digging around spoilers might get you interested in the stories that will come, and will give you a gist of what to look forward in the next episodes.

As for me, I have watched up to the 5th season of the Chinese version, and I am waiting for more episodes to be released to the 6th season. Since… I can’t stop my curiosity for this series and would crave for more once I begin a season, so I decided I would refrain myself to get the waiting torture, LOL!

Now, this is important… Which one should I watch, the Japanese or the Chinese version?

Let me tell you that I found this anime during when the Japanese dub is airing and watched episode 1-6 (all the available episodes at that time) in Japanese. After digging around some information, I found out its original Chinese version and continued to watch the original Chinese version, and sometimes comparing them with the Japanese dub. I also have read the comparison of the first season.

The Japanese adaptation has some scenes cut, a bit of inconsistent translation with the original Chinese (will give the example in the spoilery review), and different songs (will also give example later on). The change in insert song is proven to be fatal, as it affects the mood of the scene. There is a certain insert song change that results in the Japanese adaptation emphasizing on melancholy atmosphere, while the original Chinese has an epic vibe to the same scene.

Personally, I’d vote for you to watch the original Chinese adaptation, especially if you are not that hardcore fan of a Japanese dubbing or names. Also, if some of the subs in the Chinese adaptation is too hard to comprehend mainly due to many references to Chinese terms, I usually check out the Japanese dub to gain enlightening. In addition, I think the original Chinese dubbing fits the characters well and that they are good!

Before we move on to spoilery review, my thoughts regarding this series…

While it is not a perfect series, and it has its own flaws such as needless comedic element added, I’d highly recommend you to watch this series, especially if you feel like you would enjoy the premise of the story, or the theme that I’ve written in the Keywords above.

The second part will give you details per season, hence, it’s spoilers.

If you don’t want spoilers and want conclusion: In conclusion, this is a recommended series!

Note that I don’t really want to spoil too much, and that perhaps there are some details that are not really accurate (I’m writing based on my memories of watching the series months ago).

Click on the second page on the navigation of Pages below, or if you didn’t see it, click here. This is done so people can avoid spoilers all together if you want to end your reading here!