…wait what, isn’t this supposed to be a blog for novels? Well, let me mix in some reviews and other posts! After finishing my play-through of Ayakashi Gohan ~Oomori~, I cannot move on from the game, so I decided I’ll write a review of this game! This will be my first time trying to make a review… but I’ll try and convey my love for the game~! 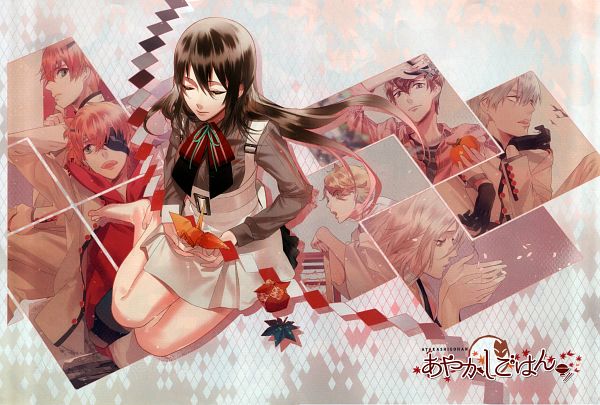 Language : Japanese, but there’s an English patch for the PC version!

Once upon a time, a long time ago… It is not.

In the corner of a certain village where ayakashi and humans coexist, there is a shop that serves meals for ayakashi. The name of this eatery is “Ponpokorin”. In that store, both ayakashi and humans visit it seeking to have a delicious meal. The shop owner is a youko (a mythological fox spirit) taking on a human form.

“Everybody can be happy if they can have a delicious meal.” That was the youko’s creed. The youko and its soon-to-be 7-year-old son continue to cook delicious meals to this very day.

One day, as the hot summer ended and the harvest of autumn approached, a lone girl enters the youko’s store.

From that moment onwards, the story begins.

Here we have the small Rin! Isn’t she adorable? And depending on your choices, she will become either a genki/cheerful/extroverted Rin from Ayakashi route (right), or an introverted or the quiet Rin from Human route (left). 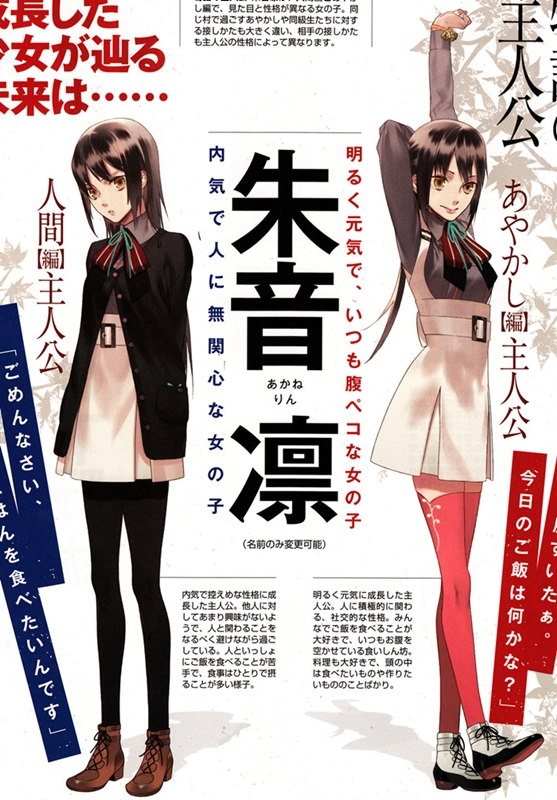 Divided into two based on the routes. But even if you’re in human route, you will still see the capturable targets from ayakashi route and vice versa.

Inushima Uta – One of the Komainu Ayakashi that lives together with Rin in Ponpokorin due to certain circumstances. He loves eating meat the most. He is very cheerful and has a “bright” personality.

Hana Suou – A cat ayakashi that comes to the same school as Rin and the two komainu brothers. His attitude is totally like a cat… often “napping” during the class, etc, but for a reason, he still comes to the school…?

Ibuki Haginosuke – He is Rin’s classmate that is obsessed with ayakashi and would love to meet ayakashi someday. He is cheerful, but shares some similarities with Human!Rin. He doesn’t have the power to see ayakashi, but he believes in their existence.

Inushima Yomi – Uta’s twin brother. His personality is contrast to Uta, as Yomi is more like the calm and collected guy. He likes vegetables more than meat. Due to some incidents in the past, he comes to dislike humans.

Serigano Manatsu – He usually comes to deliver ingredients from his family store to Ponpokorin. He has the ability to see ayakashi, and is friends (or you can say, brother-in-law) with Ponpokorin’s owner, Gin. He is very clumsy but is a brother-like figure.

Kimura Asagi – a mysterious boy who often appears in front of Rin and he seems to know something related to the mystery of the Momiji Village…?

Gin – a youko (fox ayakashi) that has lived for a long time. He lived with Rin’s grandmother and considered Rin as his family as well. He would later open up a restaurant serving both ayakashi and humans, named Ponpokorin. His cooking is delicious.

Tsuzuri – Gin’s son with Mafuyu (Manatsu’s sister). Tsuzuri is shy at first, but he is adorable!! His birthday is on March 10th. 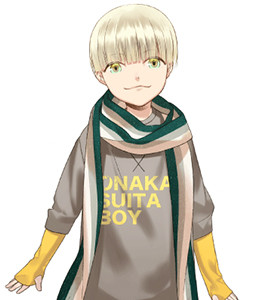 Kami-sama – The god of the Momiji Shrine that looks after Momiji village. He is often mistaken as some little boy who likes to play around the shrine. To be honest, his voice acting suits his title as god, but it’s not what I imagined at first when I saw his character art X”D

Overall, this is an otome game that I highly enjoyed and would recommend to anyone looking for good otome game with good plot! It is not heavily romance-centered, instead it centers around relationships, especially that of a friendship and family. The romance moments are there, but note that the game has quite a long common route (which I enjoyed!). Even in the common route, there are some scenes that are quite tearjerker (or is it just me being overly emotional?). Good plot and there is a mystery that I can’t completely figure out until it’s revealed.

Let’s have a break down per aspect!

Plot – there might be slight inconsistencies like how in the beginning, Rin narrated that she forgot someone but then later she narrated about how she remembered spending a holiday with that someone in the long, long past. Despite that though, I mostly enjoy them and do not really mind it. Let’s be positive and think that in another perspective. I also tend to forget things here and there, but once I get a hint, I might remember all of it afterwards. For me, this game has a solid writing and plot that keeps me interested until the very end. Rather, I want moreee T___T There’s a mystery that will make you wonder, and I think it’s hard to figure out the whole mystery until the last route reveals it for you. There are some foreshadowing in other routes but it’s not enough hint to figure everything out, I believe. There are also some unexpected things that make this game not boring at all!

Art – I absolutely love the art of this game! It’s gorgeous and beautiful! The only complaint I have is the little number of CGs present. Also, there is no animation video in the game. There are only opening movie and 6 ending movies. So yeah, I absolutely need more Ayakashi Gohan art ;___;/

Dubbing – The game is totally voiced, excluding the narration and thoughts. Even the female MC’s got a voice acting! And if you leave your character’s name at default, the other characters will voice that name! IMO the voice actors have done their best, there is no complaint from me regarding the voice acting. The dubbing fits the characters well.

Music – I totally love the BGM and the opening+ending songs! The main theme song got me hooked and I occasionally play the songs during the time I need to study, etc. While I do not really have any attachment towards the opening song (that you can hear if you played the opening movie video I attached above), I am totally attached to the ending song! It is a beautiful piece of song and totally fits the scenes in which it was played (My heart, my soul ;___;). If you’re curious, you can hear the ending song from the video below. The video contains the ending movie of one of the characters, so it might contain spoiler of that character’s CGs, but it’s not that spoiler-y. Or you can just listen to the song without looking at the video!

In my opinion somehow, I would rather play it like this : (Human route) Suou -> Uta -> Haginosuke -> (Ayakashi route) Yomi -> Manatsu -> Asagi

By the way! You cannot unlock the best ending for the other 5 characters before you finish Asagi’s true end!

The short review ends here. Part 2 contains the long review which will give you spoilers and breakdown of the story per route!

If you are curious of the conclusion: Play it, I enjoyed my playthrough so much that I wanted more ;w;/

Click here to proceed to Part 2, the Long Review!